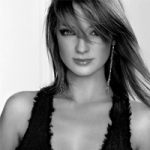 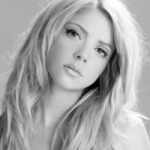 I mentioned earlier that I don’t watch the rehearsals in the leadup to the Eurovision Song Contest, but I do like to sneak a peek at some of the photographs of my favourite entries. One of these is Estonia and I have to say, I’m really loving the look of the choreography and staging. It’s very reminiscent of a cool Broadway show, what with the LED backdrop and hand-drawn props.

A special mention to the wardrobe as well, which I think was inspired by Alice In Wonderland and suits the story of the song. All in all, a very polished performance and that should come across well on camera. Musically, Estonia’s entry Rockefeller Street is one of the more contemporary ‘2011-sounding’ offerings this year, taking its cues from Katy Perry and a bit of Lily Allen as well.

Definetly one of the contenders this year and should finish in the Top 10 in the Grand Final.