It was a blockbuster of a Saturday here in Euroland with the finals of Melodi Grand Prix in Norway and Söngvakeppni Sjónvarpsins in Iceland. It was definitely an exciting night, complete with alot of switching back and forth. Here’s what happened:

NORWAY – Model-turned-singer Tooji won the 2012 Melodi Grand Prix by a landslide (155,480 points to the runner-up’s 90,046) with his song Stay, written by Peter Boström and Figge Boström. It was one of my two favourites going into the competition, the other being Plumbo’s Ola Nordmann. Whereas Stay was my ‘guilty pleasure’ favourite, I was quite convinced that Ola Nordmann would walk it and I was happy for it to do so, as I thought it would be a fresh, authentic choice for Norway and make their bid unique and attract attention. So I was plesantly surprised when Stay won. It’s very similar in style to the Cypriot entry (and Jedward’s Waterline should they win in Ireland) so its not all that original and may suffer as a result. In any case, I’m thrilled that Tooji won and it was very touching to see him breakdown in joyous disbelief as the points came rolling in. He got the host a bit choked up! It was a wonderful show, with Norway picking a very strong entry.

ICELAND – No sooner had Tooji finished his reprise (and carried on with his state of joyous disbelief) than it was time to switch over to Iceland’s Söngvakeppni Sjónvarpsins in time to see Greta Salomé & Jónsi win the Icelandic ticket to Baku with Mundu Eftir Mér. It is a dramatic, bombastic ballad that’s heavy on the violin. It was also the best song of the night and a very deserving winner. Iceland have a tradition of translating their song into English for Eurovision but I think they ought to keep it as is as the song sounds so much more dramatic with the almost mystical-sounding Icelandic language. Another worthy addition to the line-up for Baku.

Oh, and Hungary selected their song. An eighties-inspired ditty called Sound Of Our Hearts by Compact Disco. I didn’t follow the final, nor listen to the song as I like to keep about half the entries unheard until the big night to be surprised and to keep things fresh. Apparently its not so good performed live.

Whew! It was a marathon evening and it was almost a relief when it was all over, just to have a respite from all the excitement and as a Eurofan put it on Twitter, “time to get back to our normal lives!”… atleast until San Remo starts on Tuesday! 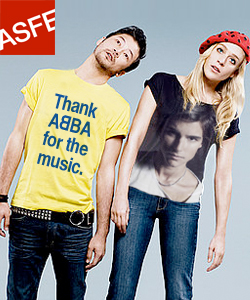